ScotsCare reaches the final shortlist of the Charity Film Awards 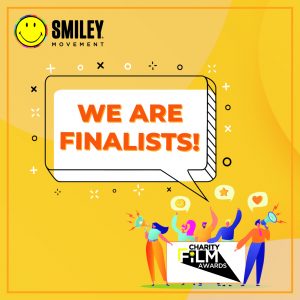 ScotsCare amongst finalists for the 5th Charity Film Awards

ScotsCare is proud to reach the final list of 116 charity films that were wittled down by public voting from over 300 films and over 40,000 votes.

The final round of voting is now open, and you can vote for ScotsCare’s Signature Film to win here: https://smileymovement.org/organisations/scotscare. Please vote for us before 18th March, when voting closes. The results will be announced at a ceremony on 22nd March.

Our Signature Film, produced by Pearl Films, reached the final as part of the longform under £5 million turnover category. The film shows hows ScotsCare provides services and community to Scots in need in London.

A full list of the finalists can be found here.

A panel of expert judges will select winners from each film category in this final round, alongside a Peoples Choice award determined by the public vote.

It’s a massive honour to be selected amongst so many other great charities and films.

“It’s fantastic to see the benefits of the services ScotsCare delivers to disadvantaged Scots reaching a wider audience through our Signature Film making it through to the final of the Awards. ScotsCare aims to make a real difference in people’s lives by helping every eligible Scot in London that needs us with a range of financial, practical and emotional supportservices.”
– Shona Fleming – Chief Executive of ScotsCare

“It’s vital we support all causes – big or small. A huge congratulations to all the Finalists, who should be delighted with the public support for their films through the campaign. We’re incredibly proud that Smiley Movement’s investment in the Charity Film Awards has already generated 500,000 additional views on these films.