Clinical psychologist, brain enthusiast and doodler. Fantastic advice on how to look after your mental health.

Read this episodes transcript below. 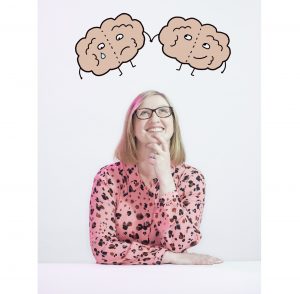 [Music] Hello I’m Marcus Railton and this is the Scotscare podcast. Scotscare is the only charity dedicated to helping disadvantaged Scots in London through a range of support including mental health therapy, financial grants, advocacy, sheltered housing for older Scots, job coaching, social events, befriending and support for Children and Families. The Charity’s been running for 400 years to help break the cycle of poverty experienced by some Scots.

In this series of the scotscare podcast I’ll be chatting to celebrities and supporters of the charity that have also forged a life in the capital away from home and about the ups and downs that can bring.

Scotscare: supporting Scots away from home in London.

psychologist Dr Emma Hepburn. When she’s not working for the NHS Emma is the author of two fantastic books: a toolkit for Modern Life and a Toolkit for Happiness. Her third book: A Toolkit for your Emotions is out in January 2023. I can’t actually decide if this is just a ScotsCare podcast or more of a therapy session for myself!
chat between us with covid and then school holidays but it’s great to finally chat to you. It’s almost fortuitous because I was thinking about you the other night, I was watching have you seen Belfast, the Kenneth Branagh film?
No I haven’t.
No all right, it’s really interesting because it’s a great film set in 1969 and that’s a few years before I was born but not many you know? And it looks like another world, it looks like prehistoric times and I was thinking oh that’s interesting I’ll have to chat about that, and what I was thinking is that in just because it is kind of just one generation things have changed so much